"Dog cataracts can occur at any age. Causes of cataracts in dogs include diabetes (metabolic issues), injury, eye inflammatory diseases (chronic uveitis which is an inflammatory disease of vascular tissue deep in the eye), hereditary predisposition, nutritional issues (milk replacement if an orphan puppy) or unknown. The condition causes cloudiness on the eye lens, reducing the eyes ability to focus light and see as it hits the retina. It can occur in any dog breed at any age and can progress quickly or slowly. Some dogs have an allergic reaction to the cataract causing glaucoma and scars.

The only viable treatment option is surgery, or if the dog is not a candidate for surgery, then medications are used. Dogs treated with surgery will receive an artificial lens that will restore normal vision in 80% to 90% of cases. If left untreated, cataracts can cause blindness, inflammation inside the eye (uveitis) and glaucoma, which creates painful pressure on the eye. Cataracts are the leading cause of blindness in dogs. Surgery is the best course of action to regain eyesight and to avoid secondary problems that can be triggered such as glaucoma. The sooner you do surgery the better the outcome. Surgery is not without risks such as blinding, pain and the need to surgically remove the eye.

If your dog has diabetes there is a high likelihood that she will quickly develop cataracts. There is a new medication that has provisional FDA approval (Kinostat), that makes this 85% less likely to occur.

If your dog does not qualify for surgery, then a combination of anti-inflammatory drops and topical therapy is used to prevent cataract associated ocular disease. Dogs with untreated cataracts should be checked for glaucoma every 4 to 6 months (ocular pressure).

Dogs with cataracts should not be used in breeding. If cataracts result in blindness dogs adapt well in a protected and familiar environment." 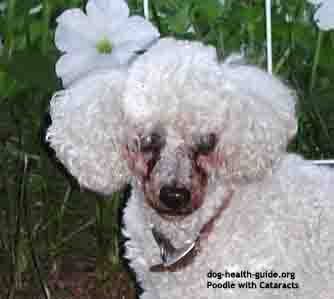 Cataracts in dogs is a condition where the inner lens of the eye becomes cloudy or opaque resulting in blindness. Cataracts refer to any diffuse or focal opacity of the lens. The cloudiness is caused by alternations in the fibers that make up the eye lens due to problems with lens nutrition, metabolism, protein synthesis, energy metabolism or fluid pressure in the eye (osmotic balance problems, caused by diabetes). In a healthy dog, the lenses are transparent, with all light passed through to the retina.

This partially or completely blocks light from getting to the retina, the part of the eye that generates images. Cataracts can appear in small spots, a haze across the lens or as white streaks. It can cover a small area and then spread over a larger surface. The disease appears to progress faster in younger dogs. How fast it spreads is unpredictable. It can occur in any breed at any age, and in one eye or both.

If left untreated, cataracts can lead to blindness. The disease can also trigger glaucoma, a painful dog eye condition, and scarring in the eye (from allergy to the cataracts). 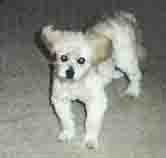 Cataracts in dogs has several possible causes including:

In dogs with diabetes, 75% will develop cataracts within 1 year. The diabetes causes blood sugar levels to rise, affecting the osmotic balance in the eye lens. The enzyme aldose reuctase inhibitor causes the sugar to become trapped in the lens, causing fluid buildup and protein changes in the eye. This leads to lens fiber swelling that results in cataracts in dogs. Some diabetic dogs that are being actively treated will still develop cataracts. 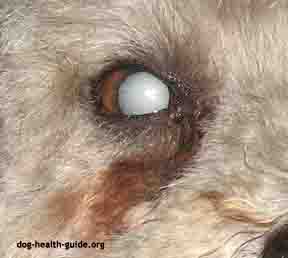 Vision problems do not occur until the disease is in an advanced stage, which is why annual visits to the Veterinarian are critical to catch the disease early.

Dog owners should watch for signs that indicate a problem with sight such as:

Owners should also look for the characteristic cloudy lens appearance.

In addition to symptoms of vision loss, a dog might experience painful issues with the eye, where the only treatment is surgical eye removal or enucleation. Enucleation is the surgical procedure that involves removal of the entire globe and its intraocular contents, with preservation of all other periorbital and orbital structures. Pain is caused by lens degeneration resulting in chronic inflammatory changes around the eye. Issues include:

Canine cataract diagnosis starts with a complete eye examination to determine if treatment will help the eye. The eye will be examined with a device called an ophthalmoscope, which is a light attached to a magnifying glass. This will be followed by the use of eye drops to test for eye pressure and ulcerations of the eye.

An ultrasound can evaluate the condition of the lens capsule and check to see if the retina is detached. Prior to surgery a test called an electroretinogram is used to evaluate degeneration of the retina. 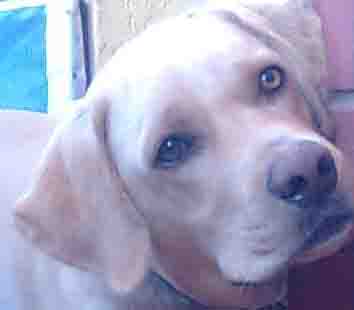 First, the veterinarian will determine if the patient is a candidate for surgery, since this is the preferred method of treatment. Dogs will be assessed based on their overall health, presence of other inflammatory eye conditions or if the dog has diabetes. The veterinary ophthalmologist will also check to make sure that the retina is functioning and healthy.

The best time to treat a dog for cataracts is before the cataracts becomes mature. As a cataracts becomes mature or hyper mature, it is more likely to cause lens induced intra-ocular inflammation, lens instability and the loss of lens capsule integrity. Waiting too long can lead to a poorer prognosis for vision, including your veterinarian not recommending surgery, to a poorer prognosis for vision and comfort after surgery. It may also hinder the placement of a synthetic intraocular lens. The best way to avoid complications from surgery is to perform the procedure early!

Before surgery takes place a dog will undergo a presurgical check with an ocular ultrasound will be used to rule out any retinal detachment. An electroretinogram test will determine if the retina is functioning properly.

The surgical procedure itself is called phacoemulsification. The procedure involves the use of general anesthesia and takes 45 to 60 minutes. The veterinarian will make small incisions in the lens capsule and cornea. High frequency vibration is utilized to pulverize  and remove the eye lens with a vacuum. The natural lens is then replaced with an artificial lens.

Dogs will typically spend 3 to 4 days in the veterinary hospital or longer if there are complications.

The success rate for dog cataract surgery is 80% to 95% with good vision. Once surgery is completed vision will gradually improve over several days. Full recovery is reached in 6 weeks. After surgery dogs are fitted with a preventive cone shaped clear collar to prevent scratching and so that the dog can see. 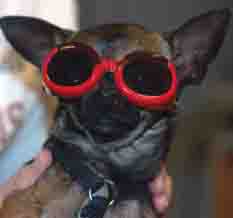 After surgery, you will have to administer eye drops into your dog's eyes for several weeks. During the first 6 weeks drops need to be given four to six times per day. You will also need an E-collar and reinforcement of a restricted level of activity. Your dog will need several followup visits just after the operation Topical medication and regular exams might be required for the rest of the dog's life.

Decision to Perform Surgery in One Eye or Two

Many dog parents consider whether to perform dog cataracts surgery in one eye or two. The decision is based on the severity of the cataracts, and overall eye health. Since the procedure requires anesthesia, if both eyes have cataracts usually both are operated on at the same time. Some dogs are only candidates for single eye surgery due to the condition of the eyes.

When is Surgery is Not the Best Option for Cataracts Treatment in Dogs?

There are several factors to consider when thinking if dog cataracts surgery is right for your dog. This include:

No medications are available to treat or prevent dog cataracts.

If a dog is not a good candidate for surgery, the opthalmologist will assess the dog's condition 1x to 2x per year to monitor the progress of the disease. The veterinarian will monitor for conditions such as inflammation (uveitis), or glaucoma (high blood pressure). Glaucoma in particular can be painful for the dog.

In the case of diabetes, drops called aldose reductase inhibitors have shown some success in slowing the progression of the disease if caught early enough.

There is some controversy around eye drops called Oculvet which claim to treat canine cataracts. This treatment is expensive ($91 per bottle) and the scientific evidence that it works is still under debate or refuted by many veterinarians. (1) 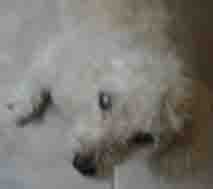 Poodle with Cataracts in Both Eyes
Source: Xandi/Wikipedia

75% to 85% of dogs with diabetes will develop cataracts in the first year of diagnosis, regardless of the diabetes treatment they are receiving. Cataracts form fast and often cause severe lens-induced uveitis and possibly glaucoma. Glaucoma is difficult to control in dogs and many dogs may need an eye removed. If this is the case, get surgical correction as soon as possible.

A dog with diabetic cataracts is caused by high blood sugar levels. The glucose (sugar) in the lens converts to sorbitol, which attracts water into the lens. The lens starts to swell causing lens fibers to become disrupted and endure oxidative stress. The result is cataracts.

There are new topicals being developed that promise to stop contracts from forming in diabetic dogs (Kinostat). The medication has provisional FDA approval. Kinostat uses a process called aldose reductase inhibitor to block the conversion of glucose to sorbitol in the lens. Dogs that are part of the clinical trial with this medication are 85% less likely to form cataracts. This article is written in December 2021, so check the manufacture site (Therapeutic Vision, Inc.) for more recent updates.