"Dog gastric tumors (gastric carcinoma) commonly occur in the perineum, intestines and stomach. Most tumors occur in dogs over age 10 with a greater number in males. Tumors are either benign (not cancerous) or malignant. Dog stomach tumors are usually malignant and spread to areas such as the liver, lymph nodes and lungs.

In the stomach, the most common tumor is the adenocarcinoma. There are several other types including mast cell tumors and lymphoma (see below). One type, gastric adenocarcinomas tend to develop in the bottom 2/3 of the stomach, with a higher incidence around the pylorus. The Chow Chow breed in particular has a 40x higher risk of gastric carcinoma.

Typical symptoms include weight loss, vomiting with or without blood and signs of an obstruction.

Several types of tests are used to reach a specific diagnosis including X-Rays, endoscopy or even exploratory surgery. Treatment is usually surgical removal. Radiation and chemotherapy are used in a limited number of cases. If the tumor is small and can be surgically removed, and if it has not spread (metastasized), then the prognosis is good. In other cases the prognosis tends to be poor (check below for specific tumor types and location).  If tumors are not operable, veterinarians will focus on supportive care and nutrition. Benign tumors, which are those that are not cancerous and therefore are growing slowing, have the best prognosis.

Treatment tends to be palliative in nature (relieve symptoms, slow down a disease) instead of being a complete cure. There are some exceptions such as the removal of benign tumors that are worth discussing with a veterinarian." 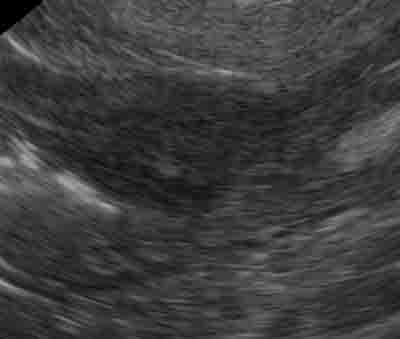 Tumors found in a dog's gastrointestinal system such as the stomach can either be benign (non cancerous, slow growing) or cancerous (malignant). The types of dog gastric tumors commonly found are called adenocarcinoma and leiomyosarcoma.  Those tumors that metastasize or spread can primarily affect the lymph nodes and liver, followed by the lungs. Tumors that are benign or slow growing have a much better prognosis than those that are malignant. 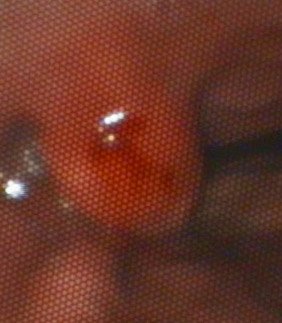 Breeds with a Higher Incidence of Stomach Tumors:

A patient will show one or more of the following symptoms of dog gastric tumors:

The diagnosis of dog gastric tumors is made with an endoscope, which is a device that enable the veterinarian to see inside the stomach with a camera. It can help to identify any mass. Ultrasounds and X-Rays are also used to see if a tumor or neoplasm has spread. Supplementary tests for dog gastric tumors include blood and urine tests to determine if changes are associated with the presence of a tumor.

The treatment method used in most cases is surgical removal of any tumors. Unfortunately, surgery often does not stop the spread of cancer or the regrowth of removed tumors. The prognosis after surgery for malignant tumors is poor (average 6 to 10 months depending on the type of tumor, see below).

This type of dog stomach tumor grows over a large area of the stomach wall. The tumors start in the mucosa, which is the lining of the stomach, and then extends into the serosal. 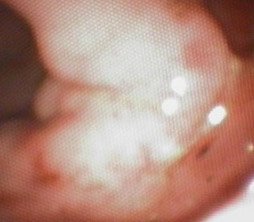 Because of the size, they are often inoperable. The tumor spreads in over 75% of cases to other areas of the body including the liver, peritoneum and gastric lymph nodes.

When treatable, surgery is uses, but due to the high level of growth and likelihood of spreading throughout the body, the prognosis is generally poor when surgery is the only course of treatment (2 to 4 months). The evidence is not clear regarding the effectiveness of chemotherapy.

These types of dog gastric tumors usually occur in one location. The tumors are invasive with approximately 30% metastasizing (spreading to other parts of the body). These types of tumors can contribute to hypoglycemia or low blood sugar (paraneoplastic hypoglycemia in dogs).

The Leiomyoma tumor can be surgically removed, although since the tumors are invasive, the prognosis is guarded after surgery. Tumor can reoccur after removal. Survival times are approximately 1 year. Like gastric carcinomas, there isn't clear evidence regarding the effectiveness of chemotherapy.

Stromal tumors are a type of dog gastric tumors that are treated with surgery.  Chemotherapy using  c-KIT inhibitors have shown to be effective in human patients. There is some thinking that the same effect could be true in dogs.

Several types of tumors commonly grow in the small intestines including lymphoma, leiomyosarcomas and adenocarcinomas. Less common types include: 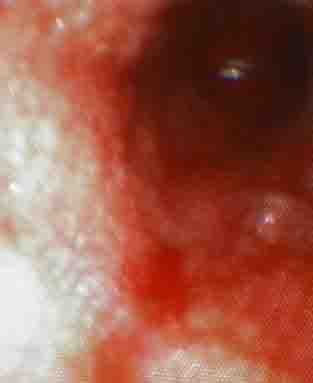 Adeoncarcinoma's are highly metastic. The tumors quickly spread to the lungs, omentum (a fold of peritoneum extending from the stomach to adjacent abdominal organs), liver and lymph nodes. Studies are underway testing the use of non steroidal inhibitors (Proxicam).

Surgery is used to remove the tumors. If the tumors have not spread the median time for survival is 10 months. The survival time is 3 months if the metastasis is diagnosed at the time of surgical removal. There is no evidence of chemotherapy having a positive effect.

Leiomyosarcoma tumors metastasize approximately 1/3 of the time. Most tumors that spread, go to the liver, followed by the lymph nodes, omentum and lungs. The tumors can also trigger low blood sugar (hypoglycemia).

The preferred treatment method is surgery. The prognosis is a median survival time of 12 months with surgery. If the tumor is in the cecum (the first part of the intestine), the prognosis is 8 months. Chemotherapy has some anecdotal success.

These tumors usually are found in the rectum with a small percentage (10%) found in the colon. The most common type of tumor is an adenocarcinoma. Other types that are less common include:

Most dogs diagnosed with large intestinal tumors are 11 years old.

Colorectal carcionomas tend not to metasticise. They frequently start as a colorectal polyp and then develop into a adenoma and carcinoma.

The preferred treatment is surgery. Other techniques have been used such as electrocoagulation and Cryotherapy. Chemotherapy is infrequently used since the disease tends to be in one location vs. being systemic. Radiation is not used due to side effects such as toxicity and other concerns. There is limited experience with COX-2 inhibitors.

The prognosis for dogs with colorectal tumors depends on the case and the amount of disease present. Dogs that have a single colorectal tumor that is on a stalk is an average of 32 months.

Dogs with a type of colorectal tumor called cobblestone nodules is an average of 12 months. The annular tumor prognosis is 2 months. 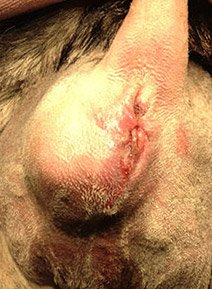 In some dogs, a mass develops by the anus or the mass is discovered by a veterinarian during an ordinary rectal examination.

Breeds with a higher incidence of the disease: